Nothing happens until somebody….. 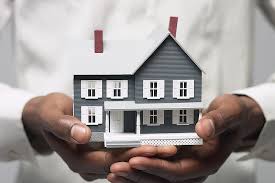 Nothing happens until someday produces something; that’s what O.R. used to say.

“You can’t sell it until you have it, the company runs on the engineers and production”. O.R. was a genius, he really was. He was in the “so smart that normal things escape him” category; eccentric. He talked to himself, would often forget to bathe, and most of the time he would finish a project in his head and forget to actually finish the project in real life. He figured things out like how to package spaghetti, how to build a golf ball manufacturing machine, and he once “Rube Goldberged” a vending machine for brewed coffee out of bailing wire and an old fortune telling contraption from the carnival and installed it in the factory cafeteria just for fun.

But factories can’t produce very much unless they sell something. I was on the side of, “Nothing happens until you sell something” category. “It’s about the people.”

It was always a good hearted discussion with O.R.  He loved to analyze and would often take the losing side of an argument just to alter my thinking; to come up with new ideas, and then figure out a new approach to a business or a manufacturing problem.

But let’s talk about the “sell versus produce” basis for a business.  For the most part our economy is consumption based, not production based. The names in the news today are all about the consumer: Google, Facebook, and I would argue even Apple. For a production based business model look to Ford, GM, Con Agra, and Exxon. For a production model, the company needs inventory, in fact it needs inventory that is better than the next guy, and cheaper, and more of it.  The consumption based model is all about the consumer, the company’s relationship with him and the company’s ability to know what that customer wants. Apple indeed excels on both sides of this discussion.

My thinking on this discussion of the consumptive based business gelled this week in relationship to real estate.  Years ago we had inventory and lots of it. We had more houses than people to buy them. Agents and customers alike came to our company because we had the inventory. Market America Realty had more REO homes for sale than most agencies.  But I figured something out back them, and it had to do with the consumer.

An REO agent’s phone would ring with a consumer or another agent asking about the foreclosed home he had for sale. If you could even get through to him, the conversation went something like this:

“Yes?” would be the reply from the overworked agent.

“Can you tell me something about the house?”

“Ok, thanks, bye” and the potential customer was gone; poof. No name, no phone number, no discussion about what the buyer wanted.  The agent really didn’t care. He had the inventory and he was probably going to get ten offers on that very house within a week.

Every week, I made those calls to those listing agents for my buyers. It was upsetting. In order to sell back then you had to have the inventory.  The REO agent had a production based business model, not a consumer based.

I vowed to change all that and did.

Market America Realty was asked to get into the REO business by a VP for REO of a major international bank. He called me and said that he was a long time reader of my newsletter and would I like to be in the REO business?  Six months later we had over 100 listings from this bank’s three asset managers for REO homes.

Bam. I had the inventory. But what about the consumption base of our business?  I needed to make certain that we did not lose our grasp on the customer.

Here is what we did: We made certain that every inquiry about every home in our inventory was captured. I would not let the busy listing agent answer the phone. We centralized the phone and email inquiries, we installed a top notch computer system that was cloud based. Each customer was interviewed, probed and his information was gathered. He was sent an email by me and subscribed to this weekly newsletter.  OTHER Market America Realty agents would follow up with that customer, not the listing agent.  The agent that followed up did not earn a living on his inventory. He earned it with consumers.

Inventory made the phone ring initially, follow up and client service kept the customers. All of our offices have the centralized phone system and inquiry handling. All calls come to headquarters in Fort Myers, and then immediately get fed by text, transfer or email to the agent that has the expertise that particular consumer needs, be it in Jacksonville, or down the block from the head office.

What’s exciting to me is the tools that are now available for refining information about the consumer, the ease of staying in touch with him, and the shift in acceptance of consumer based businesses.

Don’t get me wrong, I’m going to develop again – but my production will be based on a wealth of needs analysis of what my clients want.  I’m still an opportunist, but am better equipped to identify the opportunity and will have the consumer base to nourish it.

I still crave inventory, but inventory vanishes, customers don’t unless you let them. Customers are long term, inventory is ephemeral.

Thank you, by the way. Thank you for reading this and my other emails.  I appreciate very much the emails and phone calls I get.

I have not been working hard. It’s only called work if you would rather be doing something else. 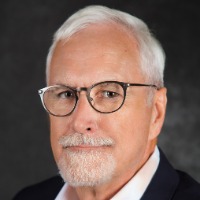